Counting down to George Begg

Just one month to go.

The countdown to the first-ever George Begg Classic Speedfest is officially underway.

The weekend-long celebration of retro racing, set to kick off at Invercargill’s Teretonga Park on Saturday 15 February, is a tribute to the legendary Southland engineer and automotive great George Begg.

The inaugural George Begg Classic Speedfest event will be presented by the Southland Sports Car Club and Transport World across two days of racing. It will pair plenty of action on the track with a fun atmosphere, with competitors and spectators alike encouraged to come along kitted out in costumes matching the era of the vehicle they’re backing to win. 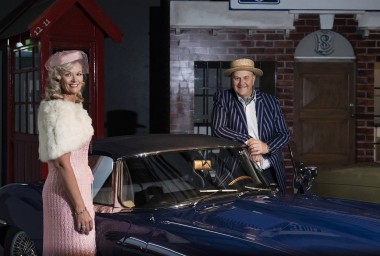 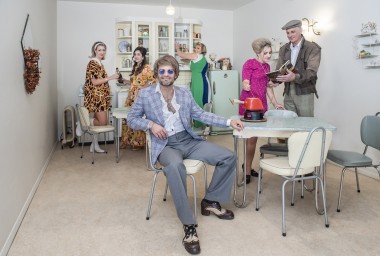 The weekend will also include plenty of off-track initiatives including a prizegiving dinner in the spectacular setting of Bill’s Shed at Bill Richardson Transport World, VIP hospitality packages, a Driver’s Lounge and more.

“The George Begg Classic Speedfest will bring the same fast-packed action on the track as speedfest events we have held in the past, but this year’s event is just the start of what we hope will be a must-do experience for everybody: whether they’re petrolheads or not,” he says.

Transport World owner and motorsport enthusiast Scott O’Donnell says the vision for the George Begg Classic Speedfest in the long-term is to create a festival atmosphere similar to other motorsport events such as the Goodwood Revival, held in Sussex in the United Kingdom.

“We’re envisaging plenty to whet the appetite of speedfest-goers: food and beverage offerings, live entertainment, and an almost carnival atmosphere,” he says. “We want the George Begg Classic Speedfest to become a marquee event as big as the Burt Munro Challenge. Invercargill is fast becoming New Zealand’s premier destination for everything wheeled, and this is another jewel in our crown.”

The Southern Hemisphere’s leading motorcycle museum will soon be home to a 1600m2, custom-built exhibit space housing a spectacular new display featuring vehicles built in Begg’s legendary workshop, known as the “Toyshop”, memorabilia from his motorcycle-racing days and more.

Visitors to Classic Motorcycle Mecca during the annual Burt Munro Challenge (held between 5 – 9 February) will get an exclusive first look at the exhibit. A grand opening event will be held for the event on 13 February. Members of the public can buy tickets to the event, where they will hear from guest speakers including contemporaries of George Begg and the team behind the exhibit, and rub shoulders with motorsport industry insiders.

Tickets to the grand opening of the George Begg exhibit and off-track iniaitives including VIP hospitality, Driver’s Lounge and Prizegiving Dinner, can be purchased here.