Organisers of the annual Mobil 1 Delvac NZ Road Transport Hall of Fame made the difficult decision to cancel the physical event – slated to be held at Bill Richardson Transport World in Invercargill – and instead held an online version.

The event, created by HWR directors Jocelyn and Scott O’Donnell, is normally attended by more than 500 people from throughout the Australasian road transport industry. With international borders still closed the event was set to be a more intimate affair, and had already been postponed once due to the Delta outbreak in August. 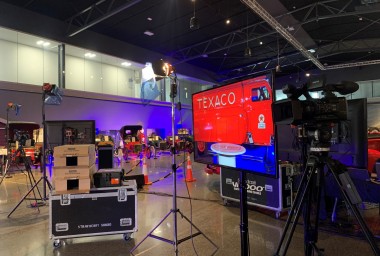 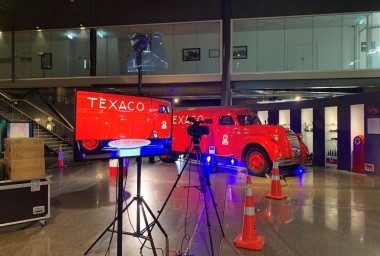 Every year, the event honours the contributions of six Kiwis: their stories are diverse, but they all have a shared passion for the New Zealand road transport industry.

Joc O’Donnell says it was a difficult decision to make – planning for the event takes a full 12 months, and the event is highly-anticipated each year – but the digital event was a resounding success.

“We’ve heard some really great feedback from people who logged on to watch the livestream,” she says. “The Mobil 1 Delvac NZ Road Transport Hall of Fame is a once-a-year opportunity for our entire industry to come together and celebrate the contributions of our six inductees as they rightly deserve.

“While this year’s event looked and felt a little bit different to normal, we’re really pleased to have been able to come up with an option to allow that celebration to happen regardless,” she says.

Scott O’Donnell says attendees were encouraged to gather together to celebrate this year’s inductees, where they could do so safely, and watch as Robin (Cliff) Bennetts, John Alexander, Kate Bucknell, Neil Peterken, Richard Riley, and Steve Murphy were inducted into the Hall of Fame.

“We know people really look forward to this event every year, and like us they were disappointed it was unable to go ahead,” he says. “But, like our inductees, we’re all about finding solutions and looking ahead – so we’re looking forward to 2022 already.”

This year, the auction also went online: items up for grabs included guitars signed by Bruce Springsteen and Willie Nelson, packages including a brew-your-own beer and in-house degustation experiences, and more.

“Pulling together an event attended by hundreds of guests is no small feat, and pivoting to put that together in digital form meant we definitely had to get creative,” he says.

The tight time-frame between deciding to shift the event online and it being livestreamed, getting the auction up and running online, and communication with attendees were among the most challenging aspects, he says.

“Neither myself or anybody else in the TW Events team had organised an online event such as this before, so it was unchartered territory almost,” Reinsfield says. “I think the biggest concern was ensuring the ease of viewing for our guests, so nailing the technical aspects was quite a daunting prospect.

“Fortunately we had fantastic support from our AV team from Strawberry Sound, and the continued support of both our sponsors and inductees made everything run smoothly.”

Around 300 unique users followed along with the livestream on the night.

“We know a lot of people were getting together to make a night of it – including one party of about 60 people – so we’re really pleased the show was not only able to go on but was also appreciated by a pretty large audience,” Reinsfield says. “The industry figures inducted into the Hall of Fame were 2021 deserve to be celebrated, no matter the format.”

Born in Roxburgh in 1925, the late Cliff Bennetts was a pioneering character and one of the founders of Mossburn Transport, Manapouri Haulage, Gore Services, and Northern Southland Transport.

An accomplished fitter turner and marine engineer, Peterken got his start in road transport after taking up a position at Domett Truck and Trailer in 1961. With various industry positions under his belt, Peterken is responsible for various innovations in truck and trailer units.

Riley started in the road transport industry upon leaving school in 1965, and his career has included numerous senior positions in Christchurch, Tauranga and Auckland. In 1986, he was made general manager and director of NZ Express Transport Group – he retired after holding this role for 20 years.

Murphy has long been a fixture of the logging transportation sector, having started in the industry back in the late 1960s. He began his business Steve Murphy Ltd (SML) in 1981 with one truck. Today, it is the largest forestry logistics business in Canterbury.